Rep. Michele Bachmann picked up a corndog and lemonade on her way out of the Fair. 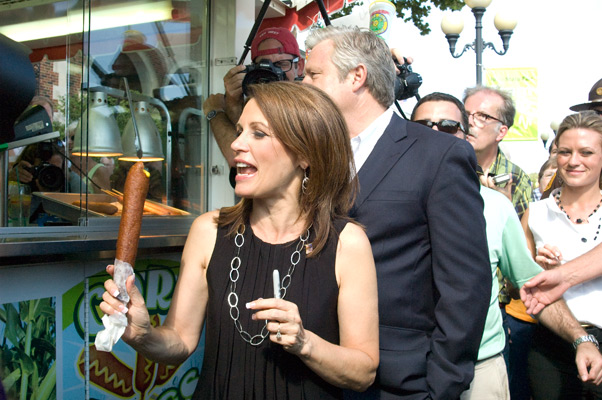 Herman Cain at the Soapbox: "I heard you all have something called a pork chop on a stick.  I just sent my staff out to get me one.  [laughter]  In Georgia, we eat pork chops for breakfast, lunch or dinner, so I feel right at home."

Former Speaker Newt Gingrich and his wife Callista enjoyed egg on a stick at the Iowa Egg Council booth.  Gingrich visited the Fairgrounds on Aug. 10, 11 and 12.  C-SPAN showed a 12:36 segment of him and Callista walking around the Fair on Aug. 11.  They arrived at the Pork Producers to find a long line.  "I was going to get a pork chop on a stick, but I don't think so," Gingrich said.  The clip closes with Gingrich stating, "We prefer not to decide what to do about lunch on C-SPAN." + 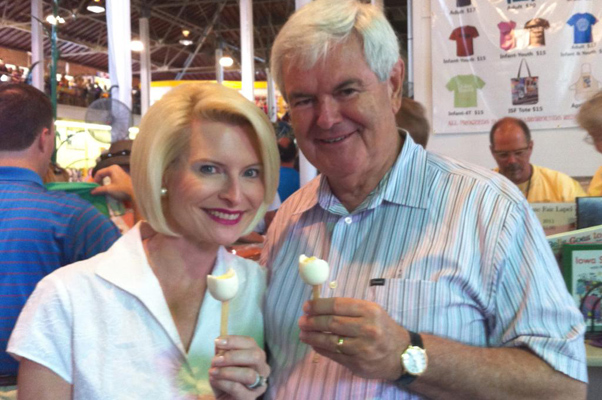 According to MSNBC's Rich Schulman, "Rick Perry ate a vegetarian corn dog on a stick, an egg on a stick and a pork chop on a stick." 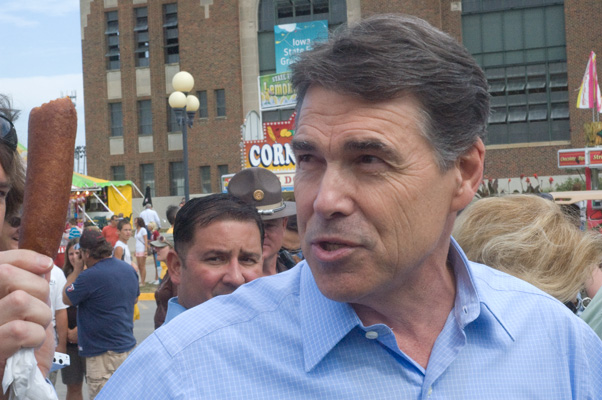 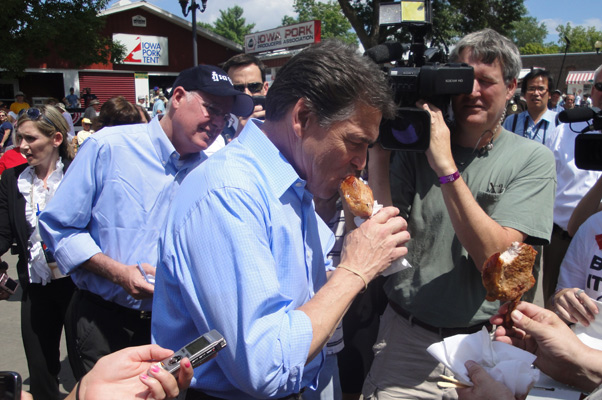 Former Gov. Mitt Romney had both a pork chop on a stick and a corn dog. 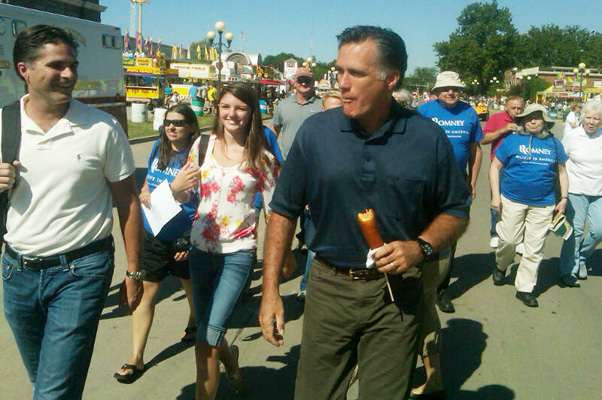 Photo tweeted by Romney for President 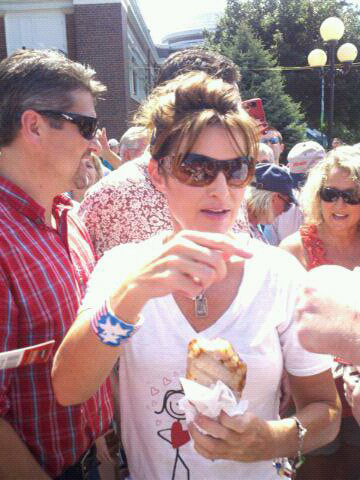 Photo by Julie Kent, volunteer at Iowa Pork Producers
Former Gov. Sarah Palin sent out an email to supporters
in advance of her visit to the Fair, stating in part, "(I'm also
excited to try some of that famous fried butter-on-a-stick,
fried cheesecake-on-a-stick, fried twinkies, etc. I'll enjoy
them in honor of those who'd rather make us just ‘eat our
peas’!)”  The remark, a dig at Obama, got a lot of coverage.

While Palin did get a pork chop on a stick, it's not clear that
she actually tried the butter on a stick.  She strongly implies
she did (see postings below), but there do not appear to be
any photos or eyewitness reports.

"What an inspiring day with great Americans. Oh, and the
butter cow really is amazing… as is the fried butter-on-a-stick,
the fried twinkie, the pork chops, etc."

"A week later we are still remembering all the great patriotic
Iowans we met at the state fair. We are also still trying to work
off that delicious fried butter on a stick and red velvet funnel
cake."